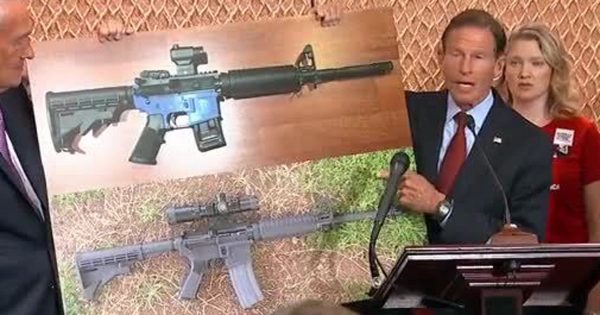 “Guns scare some politicians. Some of those politicians can whip up hysteria with their misrepresentations of the truth. To those who know better, these falsehoods seem almost impossible to comprehend. Such is the case with the latest round of mass-panic about 3-d printed guns. The video below of Richard Blumenthal, a u.s. senator, is the perfect example.

3-d printing is still a reasonably new technology, firearms are not. It has never been illegal in this country for a citizen to make a firearm. There are many ways to do it. Qualified craftsmen can mill firearms from steel, and do. Others make parts from cast aluminum. There is even a cottage industry devoted to homemade plastic gun parts.

Yet all of these guns have metal components. Rifles, like the ones the esteemed senator from Connecticut is showing off in his image, incorporate several pounds of steel. So those who push the panic button over “undetectable” 3-d printed guns are, as the old saying goes, jumping the gun.

These facts, though, get distorted, wildly, when hysterics like Blumenthal pick up just enough of the relevant information to be dangerous….”