Jerry Schultz comes to Xtreme Krav Maga & Fitness St. Louis by way of Los Angeles. Jerry was born and raised in St. Louis but spent 2003-2013 in Los Angeles, where, during college, he was first introduced to Krav Maga. Jerry’s very first Krav Maga class was taught by none other than Sam Sade. After two and a half months of training, Jerry was invited to become a Krav Maga instructor.

Since 2008, Jerry has worked as an instructor for Krav Maga Worldwide (KMW) at the Krav Maga Worldwide National Training Center in LA. It was through his instruction of civilians, military personnel, and law enforcement that Jerry was inspired to attend law school. During law school, while still teaching Krav Maga, Jerry clerked for the Chief Instructor of Krav Maga in the United States, and Deputy District Attorney for Los Angeles County, Darren Levine. Jerry has also used his legal skills in assisting the instruction of law enforcement for KMW’s Force Training Division. He takes pride in the fact that he is uniquely positioned to teach Krav Maga from a tactical, as well as from a legal, perspective. Jerry is also a certified instructor for KMW’s Force Training Division, and he cross-trains in Muay Thai, kickboxing, boxing, and Brazilian Jiu-Jitsu. 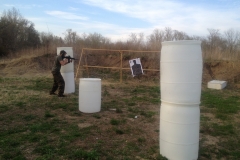 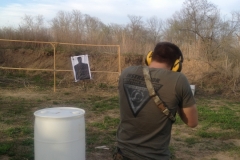 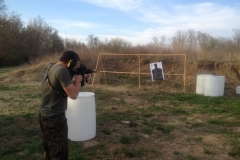